Crags and Badgers: Using Small Size To Your Advantage 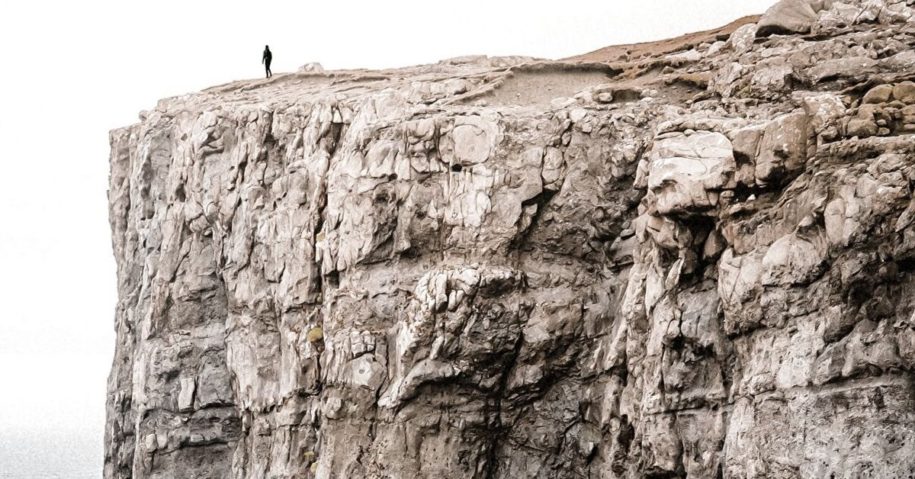 Victory would be swift and easy.

As King Xerxes stepped onto the foreign shore, he was convinced he would be victorious over the tiny band of soldiers who stood between him and the complete domination of Greece. His Persian army outnumbered the defending forces 10-to-1. The Persians had the finest armor and were delivered to the Greek beaches by the largest armada of ships the world had ever seen.

The reason is Xerxes believed the enticing axiom: “bigger is better.”

That is still an enticing thought today.

Conventional thought dictates bigger size represents more strength and power.  If your finances are going better, you upgrade to a bigger house and bigger car. If your army needs to be more powerful, you make bigger battalions and bigger bombs.

Some believe the size of their car, their home, their bank account or their biceps makes them a superior person of superior value.  They believe their bigness is either a sign of met goals in the past or a guarantee of meaningful victories in the future.

The same alluring philosophy is true in business. From the single owner to the crowded boardroom, the desire to equate bigger with better is prevalent.

But bigger is not always better.

And a smaller size is not always a disadvantage.

The 30th chapter of Proverbs makes this point when it says “Four things on earth are small, but they are exceedingly wise.” (v. 24)

The author then lists animals which are surprisingly wise despite their small size.  The observations are an excellent framework for building successful teams.

First, ants are uncharacteristically prepared.  The verse says “the ants are a people not strong, yet they provide their food in the summer.”  They are small in size but they have learned the future will present unique challenges and the ants are ready. They will not be caught off guard when the season changes and their food grows scarce.

Second, rock badgers are strategically placed.  “The rock badgers are a people not mighty, yet they make their homes in the cliffs.” The author of Proverbs notes how one would not suspect a creature so small and frail would be able to take hold of such a strong position.

Third, locusts are united in mission. “The locusts have no king, yet all of them march in rank.”  The locust armies are not mighty because of their individual strength, but because they move together toward the same goal.

Fourth, the lizard is surprisingly agile. “The lizard you can take in your hands, yet it is in kings’ palaces.”  One would not expect the tiny lizard to penetrate the home of the mighty king, yet he does. He is audacious. And it allows him unforeseen successes.

Teams that follow this recipe can be remarkably successful.

The little squad of fighters who stood up against Xerxes’ mighty army is a great example of this. Their leader, a Spartan by the name of Leonidas, did not anticipate his army could win the battle. But he did hope to hold off the Persians for as long as possible.

Leonidas was a brilliant strategist who knew his team could catch Xerxes off-guard if they had the right strategy. What Leonidas decided to do is remarkably similar to the truths taught in Proverbs 30.

Because of disciplined preparations, the army was ready for battle with skills the Persians had not seen before. Using tight formations and a shoulder-to-shoulder advancing guard, the smaller Greecian army was highly trained in tactics and maneuvers. Like the ants, the Greecian army had been planning ahead for a day such as this.

Next, like the rock badgers, his army was strategically placed using the environment as a force multiplier. The battle, famously retold in the movie “300,” was extended due to the advantage of Leonidas when he directed his army to defend from a narrow pass. The pass, later called “The Hot Gates”  was a path through tall, rocky crags where the opening was so small that it mitigated the large numbers of the Persian army.

Third, like the locusts in the Proverb, the army was united around the reason they were fighting. In fact, according to some historical accounts, the small army of around 8,000 had been cut to 300 because Leonidas, suspecting defeat, sent the majority of the army go home to be with their wives and family. But 300 remained for the honor of death. They were not unclear on their mission. The elite Spartan fighting squad had been told by their own wives to “come home with their shield or on it.” This meant they should come home victorious or dead.  Leonidas’ soldiers knew the mission. They knew the stakes.

And so they were inspired to fight valiantly against a vastly larger force.  So great was Xerxes army that one historical account claimed when his archers let loose their first attack, the inconceivable number of arrows in the sky “obscured the light of the sun.”  One of the Spartan fighters responded it only meant “we will fight this battle in the shade.”

Fourth, like the lizard, the Spartans leveraged their small size to their advantage. They were able to creatively fight in a way a much larger army could not have. Rather than fear the size of their opponent, they capitalized on the agility of their own team.

Xerxes did win the Battle of Thermopylae after 3 days.

Leonidas was able to accomplish much more than anyone expected with his smaller team. His wise tactics are still taught today as examples of exceptional strategy and courage against all odds.

In summary, a wise leader can make great gains with a small team if he works to ensure the team is:

A wise leader knows the upside down idea: While there is nothing wrong with healthy growth and expansion, the strategic use of a small team can deliver stunning successes.